Blog » How Have Hair Transplants Advanced Through the Years?

The first hair transplants were performed in the 1800s. A medical student in Germany, along with his mentor Professor Unger, experimented in transplanting hair from one area of a person’s scalp to another. Their goal was to eliminate baldness. Despite their success, hair transplants did not catch on at that point and lotions and tonics became the rage in the early 1900s, even if they were useless. In the 1920’s, flap procedures were done in France. These operations involve turning attached strips of one side of the scalp into the area for half of a hairline. A second operation was needed to complete a hairline.

Dr. Okuda, a dermatologist in Japan, discussed his use of grafts of hair to fix baldness on the eyebrows, scalp, and upper lip in 1939. A number of Japanese surgeons began using these techniques, but as the reports were written in Japanese, they didn’t really receive attention outside of Japan. 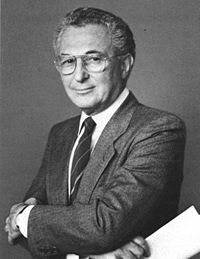 Dr. Norman Orentreich, the man who also developed Estee Lauder’s line of skin care products, is often credited for inventing the procedure in the United States. While studying at the Skin and Cancer hospital at New York University, Dr. Orentreich focused his attention on patients who were losing hair. He took healthy grafts of skin and hair from the back of the scalp and reattached them to bald areas to see if they would then grow new hair. His study was successful, and he performed the first U.S. hair transplant in 1952.

One thing Dr. Orentreich noted was that male pattern baldness was inherited but not incurable. One of his theories was that the movement of scalp over the years killed the hair follicles causing the baldness. He then focuses on the fact that this condition was treatable through the use of hair transplants.

As his surgical procedure caught on, new techniques took shape. While his procedure used larger sections of scalp, the process advanced to the point where follicular unit grafts of one to three hairs are now used. Such follicular unit hair transplantation (FUT) has been done in our practice for the past 22 years.

Another previously popular technique was scalp reduction surgery done to remove the sections of scalp with dead follicles and then pull up the scalp with healthy follicles so that it replaced the bald section. The scalp reduction procedures were inspired by the popularization of the temporoparietal pedicle flap to make a complete 4cm deep hairline zone. This was first done and taught in the United States. by Dr. Kabaker in 1975. Dr. Kabaker learned the technique from Dr. Jose Juri in Argentina. Dr. Kabaker introduced Dr. Richard Fleming to this procedure. He and his associate Dr. Toby Mayer continue to perform this procedure. The flap and scalp reduction experience has evolved into the modern hairline lowering operation that Dr. Kabaker has done over the years which is one of the mainstays of our practice.

You don’t have to hide your receding hairline or bald patch. Talk to Dr. Kabaker about hair restoration procedures like hair transplants or hairline lowering. Call his Oakland office at (415) 379-9015 or fill out the online form to have his office contact you.