The balding patterns in women differ from those of men, thus different procedures may be indicated. Most commonly, a diffuse thinning pattern is seen, usually more concentrated in the top and side of the scalp. Wigs or hairpieces are often a solution for hair loss or thinning. While not always possible, micro- and mini-grafting can increase hair density in an inconspicuous fashion- with natural growing hair. 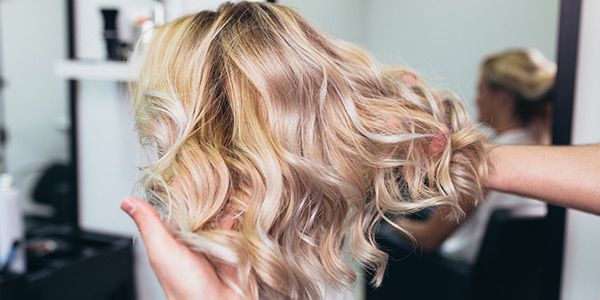 Another example of hair loss in women is loss of hair in the temples as a result of a facelift operation. This can be corrected surgically with grafts or expanders.

Many women complain of a high forehead (long forehead) or a high hairline. This is the situation where there is a greater than desirable distance from the eyebrows to the hairline. This distance is ideally between 5 and 7 centimeters. When there is a high hairline, the face can look elongated and/or attention is given to the forehead rather than to the eyes and the rest of the face. Also, as aging occurs and the brows droop, the high forehead (long forehead) or high hairline becomes still more pronounced. Hair stylists recognize this and invariably style the hair with bangs. This is usually effective in framing the face in attractive proportions. In some cases where the hairline is very high, bangs can be ineffective.

Those women who have a high forehead (high hairline) and have hair styling problems from this, now may have a simple solution.

Many of these situations can be treated with a simple one-stage hairline advancement operation which would enable the patient to appear in public within 2-3 days of the operation with a new, lower hairline with full length hair.

This operation, in which we have vast experience, costs about 1/3 to 1/2 as much as the much more commonly employed follicular unit grafting, which would require two to three sessions and take 12-18
months before achieving a comparable result. Our San Francisco plastic surgeon can also combine a forehead/brow lift to achieve the optimal result in those with both a high hairline and aging, drooping brows.

If the scalp is tight or more than 3 cm of advancement is needed, the following two-stage procedure can be considered.

View our before & after photos

The first stage of frontal expansion surgery consists of inserting a circular shaped expander( similar to an uninflated breast implant) under the scalp behind the frontal hairline. After a short period of healing takes place, the expander is gradually inflated by injecting sterile water so that the scalp is gradually stretched. Inflations are performed every two to five days during the next four to eight weeks until the desired amount of stretching has been achieved. During the second and final surgery, the device is removed and the expanded hair-bearing scalp is moved forward, replacing the top section of the high forehead. We have moved hairlines as far as 8 cm with this approach.

The second procedure: The device is removed and the expanded hair-bearing scalp is moved forward, replacing the top section of the forehead.

Learn more about the description of the female hairline lowering procedure.