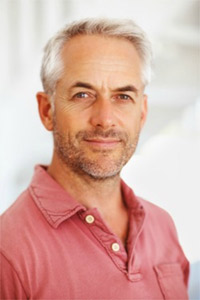 The demand for male plastic surgery procedures has been on the rise in the United States throughout the past decade. As men are breaking away from the stereotype that plastic surgery is for women only, they are finding a way to achieve the appearance they want through cosmetic changes. Every year, men are making up a larger portion of the patients seen for surgeries like rhinoplasty, facelift, and more. If you’re a prospective male patient looking for more information about the procedures right for you, read on for the list of top most requested procedures for men.

The biggest jump in male requests for surgery has been for rhinoplasty procedures. Because the nose is such a central feature of the face, it has the power to throw your entire look off balance or distract from your other facial characteristics in a negative way. Many men and women alike have become very sensitive about the way their noses look, whether they are too big or small, too crooked, too narrow or wide, too straight or curved, and more.

Facial plastic surgery offers many potential changes that can help these patients achieve a more desirable nose. The bridge, tip, structure, and nostrils can all be altered to create an overall look that patients want to achieve. Rhinoplasty can involve one such change or many, based on the patient’s concerns and desired results. Men and women opt for rhinoplasty because of the positive change it can have on the way they feel, the way they look, and the confidence they’ll gain. There is nothing about this surgery that makes it feminine in nature, a fact that more and more men are learning as they opt to make changes to their own noses through rhinoplasty.

Reversing the Effects of Age With Facelifts for Men

Facelift surgery can take off up to 10 years from your appearance, whether you’re male or female. The face is known to show the first signs of aging by way of fine lines, wrinkles, sagging skin, fatty deposits, and more. Facelift surgery tackles these issues by eliminating excess skin and fat, then tightening the supportive tissues beneath the face. Choosing facelift surgery allows male and female patients to achieve a much younger look overall, redefine their jaw line and chin, and erase years of aging from the lower face.

By age 40, about 40 percent of men will appear bald or balding. By age 50, that number creeps up to 50 percent. And by age 75, it’s more like 75 percent. Many men can have their appearance enhanced and rejuvenated by hair transplantation. Modern follicular unit grafting techniques can give natural-looking and undetectable results. Prospective patients should be expertly counseled and selected for their hair qualities and appropriate expectations.

Facial implants, especially those designed to enhance the chin, are also on the rise among male patients. For men in particular, there is much emphasis placed on their profile and chin. To be considered strong, attractive, and effective as a leader, men require a strong, well-defined chin and chiseled profile. Male patients seek out chin implant surgery to define the lower part of the face, give a boost to depleted chins, and reverse the effects, both emotionally and physically, of a weak chin. Not only will these changes greatly affect the patient’s appearance and perceived character, but it will also help to improve self-esteem and confidence.

Overly protruding ears can also affect women, but male patients often experience their effects more noticeably. Short male hairstyles help these prominent ears to stand out just as much as they stick out from the head. On top of that, any misshapenness and unevenness will also be very noticeable. Otoplasty procedures can include techniques to reshape, resize, and correct protrusion of the ears all at once, if needed. Each surgery can be tailored to the male or female patient’s unique needs to deliver the desired results.

Why Are More Men Seeking Surgery?

Considering the popularity of the four procedures mentioned above, it’s easy to see that practical changes are drawing many men to seek cosmetic surgery. But what is the reason for this overall shift in the collective male consciousness? Why have so many men decided to reject the rules that plastic surgery is just for women? There are several smaller reasons that could account for this, but possibly all of them play a factor:

There’s no right or wrong reason for surgery, just your own reason. If you’re considering a procedure as a male patient, don’t feel that you have to justify your choice. A desire to change your appearance is all you’ll need to get the ball rolling.

Explore your surgical options to find the right procedures for you by contacting an experienced facial plastic surgeon who can offer you these and other treatment options. Let Dr. Sheldon S. Kabaker guide you through the process to plan the right neck contouring procedure for you. As the San Francisco Bay Area’s most experienced Aesthetic Facial Plastic Surgeon and Hair Transplant Specialist, he is both the founder and director of California’s longest standing office surgery facility and the past president of the International Society of Hair Restoration Surgery (ISHRS). He received his medical degree from the University of Illinois College of Medicine before serving in the US Army Medical Corps and seeing active duty in Vietnam. Dr. Kabakerhas become the world’s leading authority on hairline lowering surgery as well as an internationally recognized authority on facial plastic surgery and hair/scalp reconstruction surgery. Today, he serves as the AAFPRS fellowship director of young facial plastic surgeons while delivering satisfactory results to his patients. To book a consultation with Dr. Kabaker, contact his office located at 3324 Webster Street in Oakland, California by calling (415) 379-9015.