Blog » The Effectiveness of the Modern Facelift 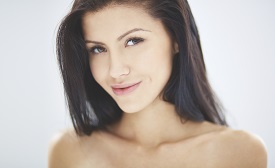 Facelift surgery is one of the oldest procedures in the book, dating back to the early 1900s when it got its controversial start. While it’s difficult to know exactly when, where, why, and how the first facelift surgery was performed, we do have a general idea what those early techniques involved. While most patients might assume not that much has changed in 100 years, the truth is that these early and modern surgeries couldn’t be more different. So even though today’s facelift procedure shares the same goal as the first facelifts, how much more effective has it truly become?

The Facts About the First Facelifts

American plastic surgery began with just a few procedures on the roster, one of which was facelift surgery. Back then, these procedures were often reserved for the wealthy women who could actually afford to have them. Soon, they gained the attention of the Hollywood starlets of the 1930s, who used these procedures to keep looking young in front of the camera. However, these surgeries were not without their great risks; 1930s rumors that silent film star Mary Pickford lost her ability to smile after a bad facelift have never been disproven. Was this iconic actress of the day the victim of a bad surgery or a bad technique?

It is true that the first facelifts were not as involved as today’s more advanced approaches. Originally, the facelift was a facial skin tightening procedure and little more. During this surgery, the surgeon would lift the skin from the underlying tissue and pull it tighter, placing it into a new position. Any excess skin was removed before the incisions were stitched up. Because no efforts were made to strengthen the structure of the face, the sagging tissues and muscles beneath the tighter skin were working against a patient’s facelift results right away. While the skin might look good for a few weeks or months, eventually the sagging would continue. The facelift still had some improvements to make before it could achieve the real results and women (and eventually men) would come to expect.

The Facts About Today’s Facelifts

If you’ve been assuming that today’s facelift was also a facial skin tightening procedure, you’d only be partly right—not even half right! Today’s version of this top-requested surgery involves so much more beneath the skin that the results are better, more natural, and much longer lasting. The most commonly used facelift technique today is the traditional or complete approach. This type of facelift is performed by isolating and elevating both the connective tissue layer and the skin tissue layer of the face for a complete result. The procedure is commonly performed with incisions made around the hairline, then behind and in front of the ears, extending down the hair line below the eyes. Through these incisions, the surgeon can make the necessary adjustments to the skin, fat, and muscles in order to create a total rejuvenation to this facial area. Also, volume replacement with fat transfer is being added in many facelift cases to restore a more youthful anatomical state.

Today’s facelift offers many wonderful results to its patients, including a full rejuvenation to the lower cheeks, jawline, and even the neck. Other facelift techniques are also available today, going by various recognizable names like the S-lift, the limited incision lift, the weekend facelift, the lifestyle lift, the quicklift, or the mini-lift. These attractively named approaches do some of the same surgical steps to improve the youthfulness of the face and are promoted as having less time spent healing and recovering. The trade off is limited results for all but the earliest of aging facial changes. Discuss you facelift options with your plastic surgeon to determine which variety of facelift would best suit your needs.

Benefits of the Modern Facelift

A facelift is still a major surgery, no matter how advanced the techniques have become. Surgeries also always involve risks and potential side effects, which patients can work to prevent with the help of an experienced, credentialed plastic surgeon. Even so, the concerns faced by today’s facelift patients are far less than those of the earliest facelift patients, when infection and facial paralysis were more common. Face this modern surgery with the hope that these benefits will far outweigh whatever minor risks are still a part of plastic surgery.

•Facelifts can alleviate that exhausted, worn down look from your face.

•Today’s facelifts provide natural results so no one needs to know about your surgery.

•Risks of today’s facelift are very minor with a low rate of occurrence.

•Recovery time following a facelift lasts about two weeks, a fair trade for the incredible results.

•Facelifts can boost self-confidence and improve a patient’s self-image.

Today’s facelift procedure is a fine-tuned approach that, when delivered by a board certified facial plastic surgeon, can be life-changing for the right patient. Given the advancements made so far, this procedure is now a tried and true method, sought out by men and women in a wide range of ages with many different personal goals. Learn more about whether a facelift surgery is for you by scheduling your consultation.

Find Your Own Facelift Surgery Specialist

For the best results, consult with a credentialed and experienced plastic surgeon about the look you’d like to achieve from your facelift surgery. Dr. Sheldon S. Kabaker is an Aesthetic Facial Plastic Surgeon and Hair Transplant Specialist who also offers nonsurgical skincare treatments at his practice. He received his medical degree from the University of Illinois College of Medicine in 1964, before serving in the US Army Medical Corps and seeing active duty in Vietnam. Dr. Kabaker has studied and taught facial plastic surgery internationally in countries including France, Spain, Italy, Germany, Israel, Mexico, Argentina, the United Kingdom, and Australia. Today, he continues to educate himself while delivering satisfactory results to his patients. To book a consultation with Dr. Kabaker, contact his office located at 3324 Webster Street in Oakland, California by calling (415) 379-9015.